When you tune a guitar to the standard set of notes, you’ll use this configuration: E-A-D-G-B-E.

If you use a half-step lower for your tuning, the same notes get played, but they will all be flat. Since most digital tuners don’t show the flat pitches, you’ll want to tune them to the sharp equivalent instead.

That means you’ll set your strings for all sharps like this: D-G-C-F-A-D.

Another option is to go an entire step down when tuning a guitar. You’d still use the D-G-C-F-A-D combination, but you’d remove the sharps from the process.

Why do so many artists, especially in the rock genre, take this tuning step when playing their instrument? It can be a complicated process with multiple answers, which is what this guide takes you through today.

Artists tune their guitars down a half or a whole step for several reasons. It’s most often used to put a song into a better key for the vocalist, but it also loosens the tension placed on the instrument. By getting the strings a little looser, you can add warmth and sustain or new atmospheres.

When you want a guitar to sound bright with a ferocious attack, the notes should maintain the E-A-D-G-B-E configuration.

If you play in this key, you’ll have more mid-range to offer a composition while exploiting the higher frequencies to your advantage.

If you want music that sounds darker and aggressive, stepping down a half-tone can deliver some impressive results.

Although a single semitone doesn’t create that much of a change, it can provide a different series of chords that add value to the piece.

Guitarists that put their instrument down a semitone or a whole step tend to find the higher action is easier to play.

Those large gauge strings can have a lot of tension on them, leading to wrist fatigue and other problems when you need to play higher notes on them.

It’s that reason why artists like Stevie Ray Vaughn and most metal, grunge, and rock bands tend to tune their guitars down at least a half-step.

Is Dropping the Guitar a Half-Step the Same as Drop-D Tuning?

Drop-D tuning is an alternative method of preparing one’s guitar to play. Instead of dropping the standard configuration from E-A-D-G-B-E to D-A-F-C-G-D, you’d move it to E-B-G-D-A-D.

Although Drop-D tuning is practical and arguably more common than a half-step or a whole note drop, it’s not quite the same thing.

When you choose Drop-D tuning, you’re only changing the sixth string to create a different sound. Guitarists use this option a lot because it makes power chords and certain harmonies much easier to play.

Power chords use the prime, fifth, and octave. When a guitar has the standard E-A-D-G-B-E tuning, the artist must use two or three fingers to shape the sound on the fretboard.

When Drop-D tuning is equipped to the instrument. Soundgarden was one of the most successful bands to use this style predominantly in their music.

You’ll find this option and other modified tunings used for folk, country, and blues. It’s especially popular with a classical guitar in those genres.

The Drop-D tuning is also popular in heavy metal music with an electric guitar.

Although the advantage of Drop-D tuning is that several chords can get played higher up on the fret with more comfortable shaping, it also eliminates the open E note.

That means artists must use the second fret to play it, adding a shape element that wouldn’t be necessary for other compositions.

This outcome is exemplified by review the chords and tabs. Some examples are offered below.

■ How to Read Guitar Tabs When Drop Tuning

Guitar tabs, or tablature, is an essential tool that lets artists learn how to play songs, melodies, and chords.

The information is like learning a new language. It might seem a little confusing at first, but it gets a lot easier when you start playing.

You’ll need to know about the strings, frets, and finger count when reading guitar tabs. Here’s a brief refresher to ensure we’re on the same page.

When you see the guitar sheet music, you’ll find the standard notation sits on top. This information includes the clef (treble or bass), the key, and your timing.

A typical example would be to have a piece composed in 4-4 time using the treble clef without any note alternations.

You’ll be reading the sheet music from left-to-right, as you would with any Western-style composition. The only time you play multiple notes is when you see them stacked.

That makes this instrument similar to the piano when you see the layout of the standard notation.

Underneath the standard notation is the tablature. You’ll see the tuning requirement for your piece outside the framework, which is usually E-A-D-G-B-E.

If a half or whole step is necessary, the information is presented there for your consideration.

■ How to Read the Tablature Correctly

When you see notes written on the standard notation, you’ll see on the tablature a representation of the frets where your fingers belong.

A single number represents the solo or melody line, whereas stacked numbers are a chord.

If you saw a note combination of F-D-G-E on the upper register of the treble clef standard notation in quarter notes, you’d have a tab sequence of 1-3-3-0. These would be read left-to-right because you’re playing a single note.

When you see a stacked set of numbers, you’re playing a specific chord. If you played a G note in Drop-D tuning, it would say “520033” on the tablature.

That’s the basics of understanding what the notes mean. Guitar tables have different symbols and notations to indicate note-bending, strumming style, and other specific techniques to add even more character to the song.

What Are the Pros and Cons of Dropping a Half or Whole Note?

Although some artists prefer the standard E-A-D-G-B-E tuning configuration, you’ll find many musicians adjusting their instruments to play different styles to reflect the unique moods of each song.

If you’ve ever seen a guitarist switch instruments between songs, there’s an excellent chance that the tuning on the new guitar is different than the previous one.

You’ll find several song examples that thrive in the half-step-down tuning, ranging from “Simple Man” to “Down By the River.”

When you think about a whole step down for tuning, one of the best examples of this option is “Joker” from Steve Miller.

As with any specific technique that guitarists use, you’ll discover several pros and cons to consider when adopting this option for your music.

Alternatives to Tuning a Guitar Down a Half or Whole Step

One of the reasons artists like to tune their guitar down a half or whole step is that it makes the strings a little easier to bend when you’ve got a thick gauge equipped.

If you don’t have the option to re-string your guitar, dropping from the standard E-A-D-G-B-E accomplishes this goal relatively easily.

When you reduce your string gauge by a single numerical value, you’ll accomplish the same result. 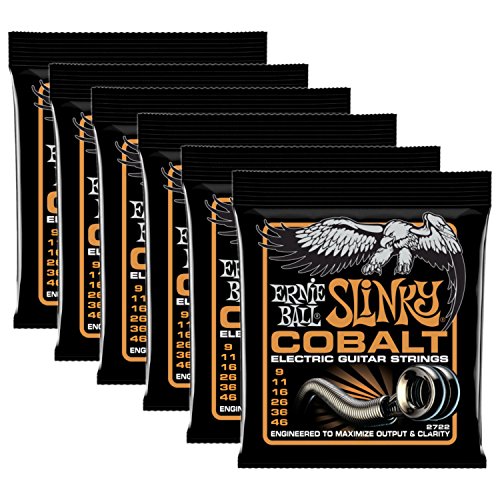 If your primary playing needs are for note bending, it’s probably better to go from a 10-gauge product to 09 electric guitar strings.

You can also go in the other direction. Some artists, such as Stevie Ray Vaughn, sometimes went up a string gauge to make it harder to bend the strings.

Even when he used a semitone drop in the composition, the thicker gauge made the tone unique and memorable.

If you want a softer tone, the tension reductions from a semitone drop can deliver that result. When your preference is to maintain what you have, a gauge reduction is a better choice. 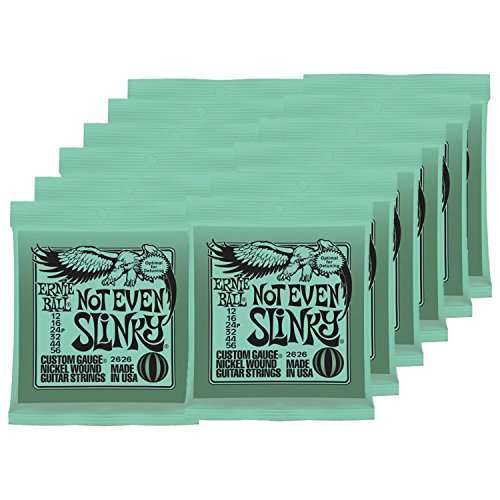 Should your goal be to get a harder tone, you’ll want to increase the gauge with 12-gauge strings for your electric guitar.

The other advantage of going up instead of down is that you’ll get more drop-style tuning options, such as Drop-D, Drop-C, and Drop-A.

A Final Thought to Consider About Tuning Down a Semitone

When you have a beastly electric guitar with tons of sustain, tuning the instrument down a semitone from the standard E-A-D-G-B-E configuration helps it growl with impressive tones.

It’ll add more bass to the chords and melody while making it easier for your fingers to manage complicated arrangements or power chords.

The general consensus on tuning a guitar a half or whole step down is that it helps the vocalist. It can also be a personal preference.

You’ll even notice that some guitars even play the lower tuning better than others.

For me, I appreciate taking it down a whole step because I don’t particularly enjoy putting the capo on the first fret. It’s easier for me to play the standard E-A-D-G-B-E tuning with it on the second fret instead.

Some artists prefer the first fret. Others hate the semitone drop. Unless you’re playing a specific composition that requires a particular setup, there isn’t a right or wrong answer here to dictate.

Schecter Hellraiser C-1 Electric Guitar Get it on Amazon

The guitar I prefer to use for a semitone drop with my playing is the Schecter Hellraiser C-1.

This electric guitar uses a mahogany and maple combination to enhance the gruffness of the bass without overwhelming the higher notes and frequencies.

It has an abalone binding, gothic cross inlays, and EMG active 81TW/89 pickups for an impressive sound.

It’s the locking tuners that make it stand out as an instrument. You have more stability with your arrangement, even with alternatives like Drop-D, and the knobs are removable if they feel like they get in your way.

Some artists love tuning their guitars down a half or whole step. I would agree that it is useful, especially with the flexibility of a high-quality capo available to you.