The Gouzouki or Bouzouki is an instrument that goes by several different names. You’ll discover the most common one is the bouzouki.

Although it looks like an acoustic guitar at first, it doesn’t take long for you to see that it has eight strings instead of six. The body shape is also slightly different, with a flattened top and a soundhole that doesn’t quite come in at the instrument’s center.

NK Forster makes the instrument, and it is unlike anything you’ve ever played before. The tone evenness is incredible, with a powerful bass and clear highs that work well for almost any musical genre.

The Guitar Bouzouki, or “Gouzouki,” is a fusion between a mandolin and acoustic guitar. It’s made from seasoned spruce or Western cedar with numerous options for the sides. The neck is made from American maple and New Guinea rosewood, while the bridge is rocklite ebano.

NK Forster Guitars is a family-operated business that started in Newcastle in 2004. In 2015, the company moved to Leipzig before eventually relocating to southeast Queensland along the Gold Coast.

Forster says that he learned how to play the guitar when he was 13 from lessons his grandfathered offered. Although some musicians turn toward playing, he became interested in how the instruments were made.

When Forster was 17, he says that a teacher asked him what he wanted to do in life. His answer was to make guitars.

Except for two years in the early 1990s, Forster trained under Stefan Sobell until 2003, making plenty of fine instruments. That’s when it was time to start his own business.

Outside of making the Gouzouki, Forster has an avid interest in practicing Aikido, playing in a band, and spending time volunteering. He’s at his workbench for most of the year, still creating instruments that his grandfather would love.

What You Need to Know About the Guitar Bouzouki

The Guitar Bouzouki is the most popular instrument offered by NK Forster. It comes in various models, although the most popular is the Howe-Orme-inspired GZ-HO. It’s made with an arched cylinder top soundboard with a pronounced downward arch at the center.

This design element helps the instrument resists the string’s pull while strengthening the body with an X brace instead of using the standardized designs from manufacturers like Gibson or Fender.

When you hear the sound from the Gouzouki, it’s like listening to a guitar-octave mandolin. There is no other instrument available right now that is as fun to play as this one. The neck feels perfect, and the finish is as good as it can be. The only way to describe the sound is that it is fantastic.

It’s a brilliant instrument for rhythm, backgrounds, and more.

Why is the HO Model so Popular?

Nigel uses a cylinder top guitar design with the Gouzouki, which is a concept that was first made famous by the Howe-Orme company from Boston in the late 19th century. Those first guitars were ladder-braced, but Forster uses an X brace to improve the sustain while delivering a modern sound.

With the low mass top, musicians find that the sound is thunderous, especially with the bracing incorporated on the soundboard.

Most of them sell in the $5,000 range, although custom projects can be significantly higher.

Another option for the Gouzouki is the Session King Advanced (SK Adv) models that Forster produces. It took Nigel almost 30 years to make his first flat soundboard, and the results are found within this model.

The instruments deliver more bass than the other cylinder or standard designs while offering the note clarity that has become the trademark of this brand. All the SK Adv instruments offering wood binding and purfling with a high gloss finish.

A third option is referred to as the “Standard Soundboard.” Forster traces this innovation back to the time when he was working in the Sobell workshop. You’ll notice when playing that different bracing and thickness techniques have evolved to reflect the honest observations of someone who loves music.

The standard soundboard has more curvature than a conventional guitar, with ribs fitting to meet the back and top perfectly. That means the plates aren’t getting pulled to meet the ribs, which is the standard design element.

It typically takes Forster between 12-18 months to complete an order. Almost every instrument is made to commission, but there are a couple that become available through dealers in Europe, Japan, and the United States. There are typically less than ten instruments available globally – and that means demand levels stay high.

Alternatives to the Amazing Sounding Gouzouki to Consider

If the cost of the Gouzouki is outside of your price range or you don’t want to wait over a year for an instrument, these alternatives deliver a similar sound.

Gold Tone BZ-500 Bouzouki Get it on Amazon

This instrument features a solid spruce top with mahogany for the sides and back. It uses an intonated bridge and a brass cast tailpiece to ensure the sound remains authentic with each strum. Whether you prefer something Celtic or love playing some folk, the Gold Tone BZ-500 Bouzouki delivers playability, ease, and consistent sounds.

You can select either unison or octave courses with the eight-string design. The instrument comes with a hard-shell case, and the tone matches your expectations for the cost. You’ll get plenty of action with each strum, although the frequencies tend to be a little top-heavy. 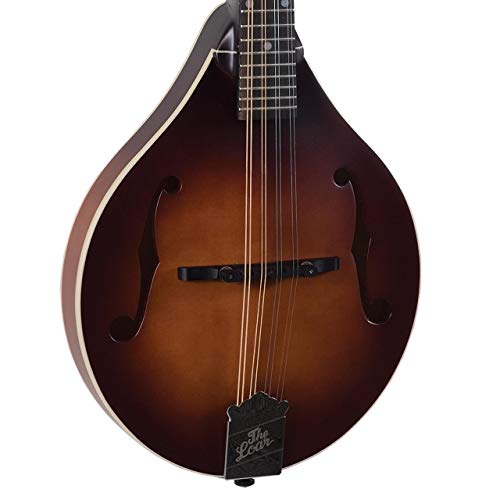 This mandolin delivers an F-style body for a more traditional sound. It’s made from hand-carved spruce with a maple V-neck design incorporating a thinner profile for players to manage. With the eight-string design and brass cast tailpiece, you’ll get the recognizable chop from the first time you give this instrument a strum.

The Loar LM-110-BRB mandolin fits comfortably in your hand. You’ll see that the fretboard extension from past the 20th has been removed, which means you can strum casually without getting stuck in the uppers. There’s enough vibration for ensemble playing while the vintage sound it produces is strong enough to stand alone. 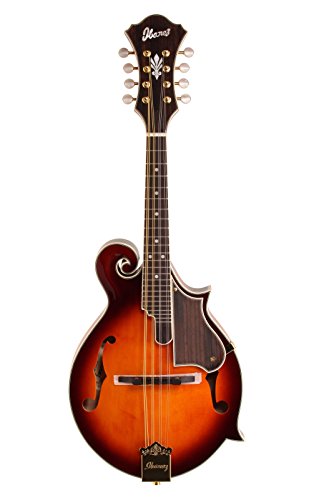 Ibanez M700AVS F-Style Mandolin Get it on Amazon

When you choose the Ibanez M700AVS mandolin, you’re getting an instrument that combines modern technology with classic craftsmanship.

It’s one of the easiest-playing options you’ll find today, delivering the classic American twist on this traditional sound with each strum. The chopping is incredible, providing a lovely punch with a buoyant tone that’s perfect for taking the melody.

The mandolin features a solid spruce top with a flamed maple back and sides to create consistent notes with excellent sustain.

You might want the stock strings replaced before playing, which might mean having the instrument set up by a professional. It holds its tuning well, delivers exceptional tone, and could be the next favorite instrument you want to play.

A Final Thought on the Amazing Sounding “Gouzouki”

What I appreciate the most about the NK Forster guitars is the clarity that you receive with each design. Nigel is unafraid to make radical changes through the lens of his experience to create an instrument that sounds better. That includes using ancient bog oak for the fretboard instead of something more conventional.

He uses the best products in all situations. That’s why the Gold Gotoh 510 tuners with gold buttons always catch the eye of the bouzouki family he creates.

K&K pickups are his go-to choice for electronics, with the DTAR wavelength from Seymour Duncan a close second.

If you want the best bouzouki, you must invest in the amazing gouzouki from NK Forster. When that isn’t an option, another high-quality mandolin can produce a similar (but not the same!) tone when your focus is on clarity.