The first introduction to the Woman Tone on the guitar came from the 1964 Gibson SG. It was a distinctive sound that Eric Clapton used for several solos in that era, with songs like “I Feel Free” creating a notable, almost creamy effect.

Clapton defined his unique sound by having the lead pickups turned up all the way, the bass turned all the way down, and the volume cranked up to full.

Clapton said he started a quest to develop a signature sound when he first started playing in the blues genre. After his 1959 Les Paul was stolen, George Harrison gifted him the SG.

It’s yet another way that the Beatles helped to shape our modern music concepts.

Seymour Duncan: What Is the “Woman Tone?”

The Woman Tone is one way of many to create harmonically rich tracks by developing a unique sound with the guitar. It gets its name because the notes sound like the voice of a female vocalist singing. Some listeners picture Kate Bush, while others hear Adele when it’s played right.

You’ll find several different descriptive names for the various tones a guitar produces. There is the quack, the spank, and the chunk.

Maybe you prefer the crunch or the djent? What about the wah-wah or the Brown sound?

Each artist produces a tone and quality that becomes distinctive to their playing style. One of the best ways to achieve that result for your guitar is to modify a familiar sound that most instruments can acquire.

After tinkering with it for a little while, you might eventually get to a place where your playing feels like adding a bit of lime to a Hollandaise sauce instead of a bit of lemon.

If you’d like to replicate the Woman Tone on your guitar, here are the steps to follow so that you can have a successful result.

That’s all it takes to develop the Woman Tone on most two-pickup guitars. There isn’t a rule that says you need to stick with those precise controls, so be sure to experiment with the different settings and levels to see what you like to play.

For example, I’ve developed a similar sound on my Strat by keeping the tone controls rolled back on the middle pickup. Anything with a humbucker can get most of the way there when keeping the tone knob turned down while modifying the capacitor to make something you want to hear.

Why Did the Woman Tone Develop?

When you listen to the music from the late 1960s, you can hear the guitar trends in almost every song. Everyone was out there playing clean tones with brightness and a touch of twang from the distortion setting.

It felt like an evolution from the early days of the electric guitar while keeping in touch with the industry’s roots.

Eric Clapton decided to take a different path. When the opening riff of “Sunshine of Your Love” kicked off in 1967, the sound was uniquely different. The higher pitch and well-rounded development with extra distortion caused the world to take notice.

Clapton is the one who called this voice the Woman Tone during an interview with Beat Instrumental in August 1967. Others were calling it more of a gimmick for a guitar that snarled, growled, and had some honky moments to it.

Supporters felt that the buttery harmonies were appropriately named, especially with the spectral sustain that Clapton achieved with his instrument. It was like a woman singing with a generous vibrato.

Whether people supported or criticized the name, there was no denying that Clapton made the guitar sound different than anyone else had ever managed in that time. It was such a radical change that some musicians are still pursuing their own version of the Woman Tone.

Is it any wonder that you could find graffiti homage that said Clapton was God all over London in 1968 through 1970?

◼️ Why Won’t My Guitar Play the Woman Tone?

There is only one way to create the Woman Tone. You need to get yourself an SG like Clapton, match his settings, and then practice like crazy to get close to his skills.

When you have a Fender Stratocaster, you can approximate the sound. Everyone will know it isn’t quite the same. You’ll need to roll off the tone, and an EQ pedal might be required to hit the proper adjustments.

The Strat sounds a lot brighter than the Les Paul, making it feel like a noise machine instead of a carefully crafted instrument.

If you have a Gibson or an Epiphone, a dirt pedal can help create the desired tone if it has a spot within the midrange. The volume still needs to be full, with the bass rolled off to zero.

Once the settings are finalized, you’ll need to use a tube amp to finish the tone.

An Alternative Guitar to Try for the Woman Tone

I’ve found a lot of success with different tones and sounds when playing the ESP LTD EC-256 Electric Guitar. 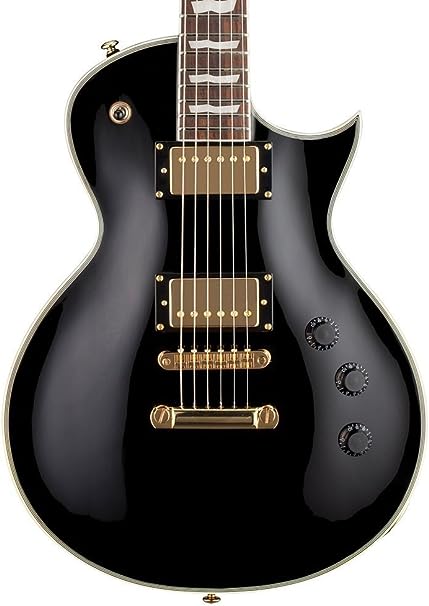 ESP LTD EC-256 Electric Guitar, Black Get it on Amazon

I love this instrument because it delivers the classic combination of a mahogany neck and body with a single cutaway design. The roasted jatoba fingerboard offers more warmth to the tones the guitar produces, creating an affordable way to replicate some of today’s best sounds.

You have the option to get the EC-256 with a flamed maple top. I love the black finish, but it’s also available in a lemon color, a sea green, and a dark sunburst.

It features LH-150 passive pickups, which creates a few challenges for generating tone. You’ll need an EQ pedal in your collection to maximize the results, along with a high-quality tube amp. Since the equipment costs more than the guitar, I’ve had more fun experimenting with the different ways I can produce sounds.

My favorite option is to use a glass pick to create a reasonable facsimile of Clapton’s signature sound.

Even though the EC-256 is technically an entry-level guitar, it offers a set-neck construction and body with headstock binding and three-piece construction. The options let a serious musician embrace innovative concepts while letting beginners feel confident in their ability to produce a great sound right away.

The EC-256 doesn’t come with a case, so you’ll want to invest in some protective materials if you don’t have them at home.

If you can get your hands on a 40th anniversary model, get that limited edition guitar. The sound tone and quality are superb!

A Final Thought on the Woman Tone

Eric Clapton was named the #5 guitarist of all time by Time magazine in 2009. Rolling Stone ranked him second, while Gibson placed him fourth. Between his solo career and the time spent in the power trio Cream, he helped to shape numerous tones and sounds from the guitar, including the Woman Tone.

Clapton has earned 18 Grammy Awards over his career. He is also the only 3x inductee in the Rock and Roll Hall of Fame. His contributions as a solo artist, the time he spent with the Yardbirds, and the innovations developed with Cream have all received induction.

Over his career, Clapton has sold over 280 million records. That makes him one of the most successful musicians of all time.

My takeaway from the lessons that Clapton taught comes down to a single thought. If you want to change the world, you must have the courage to stand up, be yourself, and innovate.

You cannot copy what others are doing to reach the pinnacle of success. Although you can certainly live a comfortable life that way, it might not be the stuff you dreamed about while growing up.

Although I love the Woman Tone, it isn’t the right playing style for me. I love heavy distortion, lots of grit, and more overdrive than a note probably deserves. I call my tone “Sludge.” It’s appropriate because the sound oscillation changes are slow, methodical, and extra-heavy in the lower register.

In some ways, I do the opposite of the Woman Tone. I pull a Spinal Tap with the bass, roll off the upper register to virtually zero, and then route the EQ to balance things out.

If you want to practice technique, Clapton’s Woman Tone is an excellent starting step for your journey. Music must be authentic to be embraced, which means the rest of the work is up to you.