The Synth pad’s widely accepted definition is something along the line of “sustained chord or the tone extracted from Synthesizer, used as the background harmony or synchronizing the atmosphere. It’s used in the same way as the string part used to pad out the sound of a film score or orchestra.”

I’ve played many music brands, I do a lot of music production, and usually, there is the term “pad” thrown around. I have understood pad because it is an object used to fill in the space of a piece, typically with chords.

I’ve thrilled several resources trying to find the correct etymologic source of “synth pad,” but there is no clear answer of its origin in a musical context.

Synth pad is worldly accepted in the music industry, but what I this synth pad in music? How can you distinguish it from synth lead? How is the sound of the synth pad? Which is the best synth for the perfect pad sound? How do you make an ambient synth pad from scratch? How do you EQ a pad? I will help you investigate all these!

What Is a Synth Pad in Music?

A Synth pad’s definition varies from singer to singer, genre to genre, and instrument to instrument.

However, as we have seen above, the Synth pad is the sustained chord or the tone generated by Synthesizer. It is usually employed to provide background harmony and a perfect atmosphere with a similar fashion with a string section. They are often used in orchestral music and film scores.

The soft synth pad is designed to pad out the section of instrumentation or the entire track. The synth lead, on the other hand, is more than the staccato at the mix forefront.

Pad is anything from the soft ambient background hum to the more conventional chord progression, which allows tracks’ key.

The characteristic of it fitting with the song makes it a pad. Whether it’s filling in gaps to improve the mood or when combating the harsh elements sometimes created by the lead part.

Study the string section of the orchestra to understand the significant functions of the synth pad in every type of music. It covers where a particular instrument is fixed in the mix.

You can’t generate pad sound that’s the focal center or the melody in the track. That will be the lead.

What Is the Difference between Synth Pad and Synth Lead?

■ Definition of Synth, Leads, and Pads:

Synth – also known as Synthesizer. It’s used to describe the majority of instruments that create or synthesize their sounds using different wave frequencies and shapes.

Lead – this is a predesigned sound for Synthesizer, usually apparent and a well-processed sound that can create a catchy melody. Additionally, it can be a primary later to your “lead” melody. Lead does not refer to one particular sound; however, it’s a general term used to describe sound “leading” the production.

Pad – the pad is the ambient synth patch typically used to give the track more atmosphere. It helps in creating more full breakdowns and sounding harmonies.

For example, to use a plugin, “Sylenth 1” see how many patches are broken down by the ARP –Arpeggio, PD – pad, BS – bass, LD- lead, and DR- drum category.

This will help you have a better idea of what people who designed the sound had in mind. I hope that helps.

■ What You Should Know about Synth Pad and Synth Lead

In simple terms, the long notes are smoothly linked to the gap emerging between note changes. Note, gaps regularly overlap with each other. Although the pad melodies can have single notes, they are likely to consist of chords. Chords have a better job filling the space at the mix; it’s the pad’s primary function as discussed.

Pad sound is lightly challenging to describe. It can’t be compared to anything produced by traditional instruments. An approximation would be the messed string instruments that are played softly. For pad sound, most of the high-frequency content is eliminated.

Pad patch is typically set up with the slow attack and the delayed-release. Along with basic timbre, it produces ethereal effect when the block chords are synchronized. Pad sounds can sometimes be an obsession. It can make performers do little of anything else.

If you want the best pad sound check the type of music you’re playing. Primarily it’s all a matter of opinion. Some synth modern and vintage, hardware, and software are the best when it comes to excellent pad sounds.

Keep it simple with your pad sound. Pure sound is the best pad sound. As soon as you start adding filter sweeps, modulation, or the oscillator detuning, you make the mix confused and generally unpredictable.

Can Any Instrument Be a Pad?

The answer is yes! According to the rules making a pad, any instrument can be a pad, not only a synth. All that matters is the resulting sound and not the device used to create it. Theoretically, you can use the guitar as a pad. You are only required to add enough delay and reverb. Do some serious experiments and know the pad sounds that you can create.

These questions depend on the music style you’re playing and the type of sound you’re looking for. However, synths modern and vintage, hardware, and the software are the best when it comes to padding sounds.

First and foremost, I recommend polyphonic synth for any pad. Most likely, you’ll want to play chords. This isn’t possible with monophonic synth. 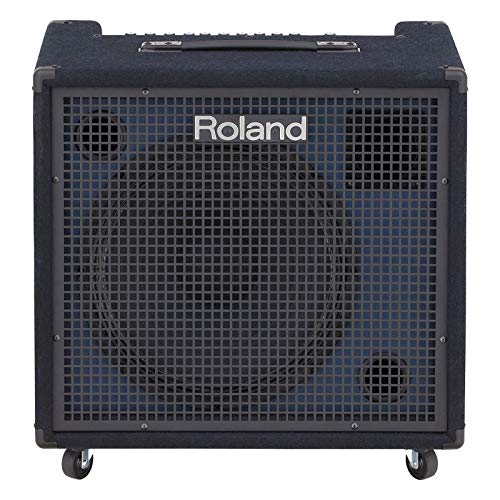 If you need the 80s sounding synth pads, this is excellent at it. It has an arpeggiator and capability to save your sounds.

How to Create Ambient Synth Pad from Scratch Step-By-Step

In this section, we’ll take you through some necessary pad-making process. Take our patch up to finish the job in style. Apply these principles in any synth; however, we have the hardware out for the job!

■ Step #1: Begin from an Initialized Patch

Tweak both amp and filter envelopes to get a soft attack and the extended-release.

Add an airy-sounding PCM/digital wave. Add some great press releases to the amp/filter envelopes, and this helps to flatter the analog layer.

Tweak volume between the digital and analog layers to taste. Add the white noise for gritty texture.

This time with the breathy/flutey sample. Balance volume to taste. Add portamento touch. Dial a sample and hold waves on the LFO. Send to the filter at a medium rate — Tweak “fade in” time of this later to stimulate smoothness.

■ Step #4: Now, Add Reverb across the Pad to Offer It Space and Depth

Remember to add some delay too to check what it can do to sound. Choose a reverb with long and warm tail, to be part of the sound, rather than sitting on its top. Adjust tweak and balance to taste.

For additional width, 3D depth, and movement, add the subtle chorus effect across the entire pad—experiment with panning every layer with the whole sound.

Maintain the darkest sound low in the middle of the mix, with the two brighter layers panned on the left and right side.

■ Step #6: Finally, Keep Tweaking Away While ‘Massaging’ the Sound.

Do it until you get what you exactly want. Save your selected music and experiment using mapping controllers like aftertouch pedal and the mod wheel to manipulate in and out fading of y=layers, LFO rate, effects levels, or anything else fancy!

How Do You Equalize a Pad?

Start with some great sounds that make mixing more fun and more comfortable later, to EQ, a pad-like how you would approach eq rhythm of the backing guitars in the rock or pop songs. Pull out the frequencies that engage other instruments in the mix to make pads wrapped around everything. It will reduce too much conflict unless the synth pad is upfront dominating in the mix. Moreover, it still generally applies.

I often use synth pads. To EQ my pad, I typically use more saturation in parallel than the direct EQ. The saturation layer gives some presence without displacing the lower mid-range.

I have a feeling that synth pads without lower mid-range can sometimes sound cheap unless it is intentional.

Additionally, I do stereo imaging adjusting of the pads. I finalize with dome ducking of some frequency brands triggered by the side chain.

These three steps are helping me get my synth pad right. I make them settle without disturbing the initial pad tone is started twisting.

There is overall joy in the synth pad. Synth pad fits with the song, whether it’s to fill in gaps to improve the mood or compact harsher elements. It’s a characteristic that makes tracks key. Do you wish to shift from short stabbing notes to soft, smooth playing notes? Create a chance for a synth pad more than the synth lead. Doing simple things will offer a perfect pad sound.