A film score is typically original music composed and recorded for a movie. Most of the work is done by a single composer, although there isn’t a limitation placed on that structure.

The goal of the film’s score is to have the music designed to fit the story and movie perfectly. It adheres to a strict time coding to ensure each sound gets played at the anticipated time in the final cut.

When you listen to a film’s soundtrack, you might hear elements of the score on that album. Most of these records are merely a selection of different songs that have already been released by other artists.

Some movies commission artists to create original songs for a film’s soundtrack.

What Is the Difference between a Film Score and a Film Soundtrack?

Film scores are typically performed by orchestras. It features numerous instruments and sounds that contribute to the emotional reactions an audience experiences during the movie. The soundtrack is a selection of the songs that were featured in the film to create an environment or realistic world for the viewer.

When people went to the movies in the early days of this entertainment option, there was no audio available.

That’s how you got the concept of the “silent movie.” You could watch the pictures, but there wasn’t a film score that played with it.

Movie theaters took a page from the world of theater to enhance the viewing experience. The film’s score would get sent out to each venue that played the movie. A group of musicians would sit in the “pit” in front of the screen and out of the viewing angle, to incorporate the different sounds and melodies.

The classic combination for a rural theater would be a piano, fiddle, and a small drum kit. You can see how the setup would be incorporated into the seating arrangement with this black-and-white video:

Larger theaters, especially those in cities like New York, Philadelphia, and Boston, would have a massive pit where an entire formal orchestra would play.

What Are the Best Soundtracks of All Time?

When we think about the best movies we’ve seen, there’s a part of that experience that belongs to the soundtrack.

If you think about the movie Beverly Hills Cop, do you hear the electronic riff from the soundtrack’s primary song and the film score in your head?

Do you picture Celine Dion singing when you think about Titanic?

Here are my picks for the best movie soundtracks of all time. Many of them include some original numbers, big-name bands, and iconic singles.

No one I’ve ever met can remember watching this 1992 movie. It was a rom-com that started Cameron Crowe, Bridget Fonda, Matt Dillon, and Kyra Sedgwick.

The story centers around the lives of a group of young people in Seattle, with Fonda flirting with Damon while serving him coffee.

The soundtrack is straight out of the grunge movement. You can found Soundgarden, Mudhoney, Pearl Jam, Smashing Pumpkins, and more on the album. The only group missing from it is Nirvana.

This 2002 movie comes from an adaptation of a novel by the same name. It stars Huge Grant, Rachel Weisz, and Toni Collette. What makes it such a unique film is that it uses a double narration voiceover technique.

Part of the reason why I remember this movie so well is that it was the first one my spouse and I saw together when we first started dating. I’m also a big fan of the soundtrack.

Damon Gough was selected to compose and perform the entire soundtrack for the movie. The song “A Minor Incident” is one of my favorite things of all time.

It’s a bit folksy, and the lyrics are simply profound. You might have heard the piece included with Stuart: A Life Backwards if you haven’t seen this film.

When the harmonica hits the first time, almost everyone is crying already.

This movie might have been the most enormous waste of my time ever. I was on a Leonardo kick at the time since Romeo + Juliet was such a profound piece of filmmaking for me. It also stars Tilda Swinton, Virginie Ledoyen, and Guillaume Canet.

Literally, the only funny thing I remember about the movie was the moment they were trying to learn how to play cricket.

The soundtrack is a different story for this film. Moby’s “Porcelain” is beautiful, rhythmic, and soul-touching. I’m also a big fan of “Pure Shores” by All Saints.

It has a bit of techno funk and house mixed with it while having the classic female vocalist sound that brings you back to the late 1990s and early 2000s.

4. This Is Spinal Tap

The first time I saw Spinal Tap, I thought it was a serious movie. To be fair, I was only five years old when it was released.

Once I got a little older and realized how special this film was, I began to pay attention to its soundtrack.

“Stonehenge” is my favorite part of the album. It’s a conceptual piece, developed to make a little fun of the different metal and rock bands who were creating different atmospheres with their compositions.

I often call it the comedy version of “Bohemian Rhapsody.”

Don’t be afraid to turn any of the songs on the soundtrack up to 11. Once you listen to it in its entirety for the first time, I think you’ll agree that it’s better than a Shark Sandwich.

I remember the music video from Iggy Pop more than the movie. You can also find Blur, New Order’s Temptation, and Underworld on this soundtrack. In my defense, the only time I watched the film was at 2 am while studying for the semester finals.

The music gives you more of a pop and swing feel, which is unusual for the movie’s look at life in Edinburgh when you’re up against it. The story follows a group of addicts as they pass through life.

Trainspotting was voted the best Scottish film of all time in 2004. In 2007, a poll of 150 different industry professionals had it a top-ten favorite for all British movies.

Almost any Quentin Tarantino film could get its soundtrack into this position. After going over the different stories and ideas, I had to roll with Pulp Fiction because of how it made me feel at the time.

I was over at a friend’s house, watching the movie with our entire group. You can’t beat “Jungle Boogie” by Kool and the Gang on this album, and Neil Diamond’s “You’ll Be a Woman Soon” is surprisingly covered by Urge Overkill.

The soundtrack is dark and gritty, just like the film. You can just picture Uma Thurman lying in bed, smoking a cigarette, and staring you down defiantly when listening to the music.

If you think this album’s inclusion is scary, it might be time to stop asking Google to answer some scary questions.

Blur makes another appearance on this soundtrack with their song “Beetlebum.” The film is based on a novel of the same name, and the thriller’s music includes tracks from Radiohead, Oasis, Echo and the Bunnymen, and The Prodigy.

He lives the dream, finds different ways to medicate himself, and searches for the next hit record.

How does he try to salvage his career when the hits start drying up? By following the concept of having “killer tunes” out there. The film has its moments, even if it tends to feel a bit forced at times.

In the 1990s, filmmakers followed a specific recipe to get some free press from the complaints issued by the conservative right.

This 1995 film checks all the boxes. Larry Clark directed the movie that stars Chloe Sevigny with others as teens, exploring their sexual identity, encounter issues with HIV.

The soundtrack has tons of work from the Beastie Boys on it, with 4Pow even throwing in some organ in the background. You can also find some post-rock inclusions with Slint and Sebadoh.

9. Scott Pilgrim vs. The World

When this movie came out in 2010, I was excited to see how filmmakers would transform the graphic novel. If I’m being honest, I was a little less than impressed. Its visual style and humor help it stand out, and it even got shortlisted for an Academy award even though it failed to recoup the production budget.

Although the movie won’t make my top ten list, the soundtrack is on here for good. It includes some fantastic artists, including The Black Lips, Beck, and The Rolling Stones.

What makes the album unique for me is that several of the actors perform instruments on it, including Michael Cera on the bass guitar.

A song by Satya Bhabha is even on the score, although it didn’t make the soundtrack. Since chord progressions are part of the original story, it was essential for this element to be included in the mix.

When nothing feels right in the world, I turn to a Simon Pegg movie. This one isn’t quite the best (Hot Fuzz is better), but the narrative still delivers a laugh. Five friends return to their hometown to recreate an epic pub crawl that they failed two decades before.

The only trouble with their plans is that their town is in the middle of an alien invasion. By the end of the movie, a worldwide blackout destroys all electrical power. The surviving aliens take the places of the humans they replaced.

I highly recommend getting this soundtrack on vinyl. With The Soup Dragons, The Stone Roses, and Primal Scream leading the way, you’ll get a taste of modern rock and punk that will beam you away into another realm.

One Final Note on Film Scores vs. Soundtracks

A film’s soundtrack often refers to the different songs that get picked to represent the movie, but the term has a second definition. The soundworld of the piece, including the music, effects, and dialogue, is also referred to as its soundtrack. That’s why “score” and “soundtrack” are sometimes used interchangeably.

Some of my favorite songs have been soundtrack rejects. The most notable example of a piece getting cut from the final release is Michael W. Smith’s composition called “In My Arms Again.” It was written for Titanic.

It comes from Smith’s “Live the Life” album, which includes the hit song, “Love Me Good.”

Although the piano work from Michael W. Smith is impeccable, it stands out even more with his singing when listening to it on a pair of Beats Studio3 Wireless Noise Cancelling Headphones.

This gear uses the W1 chip from Apple to create a realistic listening experience in almost any setting or situation. 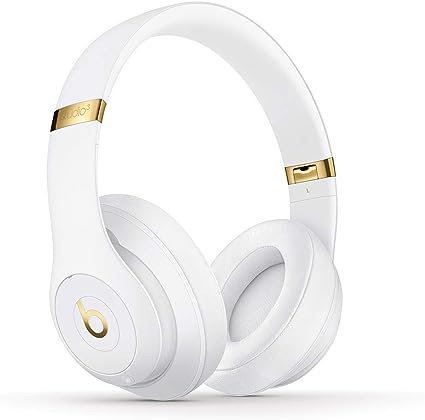 Beats Studio3 Noise Cancelling Headphone Get it on Amazon

“Across the waves, across the sea,” Smith sings, “separating you from me. Here’s a promise and it’s mine. I will love you for all time; I’m wishing you were here tonight.”

What are some of your favorite movie soundtracks, scores, and songs from over the years?