Do you wonder how guitarists can remember the different notes, chords, and fingerings from their other alternative tuning options?

It seems like an impossible task to learn the dozens of different potential tuning options that work for the guitar. How can anyone keep them straight?

What you’ll discover is that two options tend to get played more often than most others. Those are the Open G and the Open C tuning.

You can throw in a couple of additional choices into that conversation. The Open D and Open A alternative tunings are related to the G and C options.

Many bands have used open tuning over the years for some of their best songs. Everyone from Coldplay to Mumford and Sons has taken advantage of the guitar’s versatility with this technique. Could it be right for you?

The Open G tuning alternative is a popular choice for most guitar styles. It makes the acoustic instrument feel more relaxed and accessible, while an electric guitar has less overall string tension with it for faster fingerpicking or strumming techniques.

Keith Richards famously used this Open G alternative tuning on some of the best songs ever recorded by The Rolling Stones. If you’ve heard “Start Me Up,” “Brown Sugar,” “Honky Tonk Women,” or “Tumbling Dice,” you’ve encountered this option.

You still get some flexibility with the Open G tuning. Richards put a capo on the fourth fret to record “Tumbling Dice,” which is why it has such a unique set of guitar riffs in the piece.

The Rolling Stones used the Open G so often for their hits that the average listener associates the work of Keith Richards to other bands that use a similar setup. When Rich Robinson used it with the Black Crowes, you’d almost swear what you were hearing was another Stones’ song.

The Open C tuning is often referred to as the “Chris Cornell” option because he often used it for songs with Soundgarden. Two of the band’s biggest hits, “Pretty Noose” and “Burden in My Hand,” use these alternative guitar options.

It’s an open variation where the B string goes down to a G instead of getting tuned up. This unison doubling creates notes that play together at the same fret to have more resonance with each chord foundation.

Cornell used some unique variations with his songs using this alternative tuning, including a C7no3, B-flat6#11, and an E-flat6#11.

What Is Open Tuning on the Guitar?

All guitars can have an open tuning option implemented for the musician. What does it mean if someone decides to use this option for their playing style?

When there is an open tuning on the guitar, it changes the string pitch so that you form a chord automatically when strumming the instrument.

If you play an Open G on the guitar, you’ll play a combination of G-B-D notes to form the appropriate chord. Although you could play them in any order, this specific option uses D-G-D-G-B-D.

By tuning the sixth string down to the D, it becomes an octave over the open D on the fourth string when played open. You’ll adjust the fifth string to be an octave below the open third of the same note. This effort results in a tonic G that delivers an impressive result for many songs.

You’ll be using the G scale when playing this guitar setup. That means your chords, from 1-8, would be G-A-B-C-D-E-F#-G. Once you recognize the appropriate progression with those scales, you can create unique combinations that bring your music to life.

That’s how musicians get to know what they’re playing with each open chord option. It produces a scale to use that provides consistent results for all four alternative choices.

An Open A tuning uses the same fingerings as the Open G. The only difference is that you’ll be up two semitones (one whole step) with your note sounds when playing.

Once you learn how to play a song in Open G, you can play it in three other tunings. That doesn’t mean you’ll get a clean transition whenever you play. Still, it does help you recognize the relationships between these alternative options so that you can increase your mastery of the instrument.

What Are the Advantages of Open Tunings and Capos?

When you speak with some musicians about open tuning, there’s a perspective that sometimes filters through the conversation that this method is cheating. Some people in this category even frown upon the use of capos.

Their reasons on their own for not wanting to incorporate the advantages of open tunings and capos. What makes it such an ironic position to debate is that the standard tuning is actually an open tuning option for E-Minor 11.

That’s why these advantages are worth considering when using Open G, Open C, or any other alternative tuning.

◼️ List of the Advantages of Using Open Tuning Options

These traits apply to all playing styles and situations. You could be in the studio, recording at home, or playing a live gig. By switching to the Open G or Open C tuning for some songs, you can add the variations needed to create more interest.

What Is the Best Way to Learn an Open Tuning?

If you’re interested in learning how to play the Open G or Open C tuning for your guitar, the first step in that process is to use the Drop D.

When you play with a dropped D note, you can turn the sixth or first string from an E to a D. The first option is more common than the latter, and both choices offer a practical way to try out this playing style for the first time.

Once you get used to switching that first note, it becomes a lot easier to choose between Open G vs. Open C for your tuning.

What makes the Open G and Open C more unique is the extra symmetry you get with the alternative setup. That makes it much easier to have scale runs, more improvisation, and lots of riffs that explore your creativity.

It’s a lot of fun to play around with the ideas to see how easy it is to start creating stuff. If you don’t incorporate this option with your playing, you’ll end up leaving a lot of playing choices on the table without consideration.

Although all guitarists should consider the open tunings, it’s especially beneficial to have these options available for an acoustic or classical instrument.

When you’re ready to take your music to the net level, you need to have a guitar that can support your efforts.

Although any guitar can play the Open G or Open C tuning, you’ll find that some models deliver better vibrational sustain and sound than others. If your instrument is a student model, entry-level product, or uses stock wood products in its construction, the results might not be as exciting as they would be with one of the following guitars. 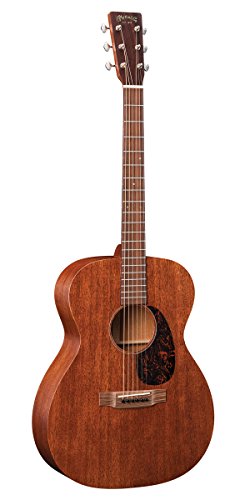 Martin Guitar 000-15M Acoustic Guitar Get it on Amazon

The Martin 000-15M is a fantastic acoustic guitar that delivers a rich tonal complexity in any tuning choice. Its auditorium-style body provides depth and volume to notes and chords in ways you’ve never heard before. The design uses nickel tuners and a satin finish to round out the look, creating a positive first impression each time.

This handmade guitar uses a simple dovetail for the neck joint, a non-scalloped X-brace, and a taper-free design. You’ll get a hard-shell case with your purchase to protect the mahogany from excessive humidity or dryness. It’s a solid wood design that stands up to any gig, late-night practice session, or casual strumming. 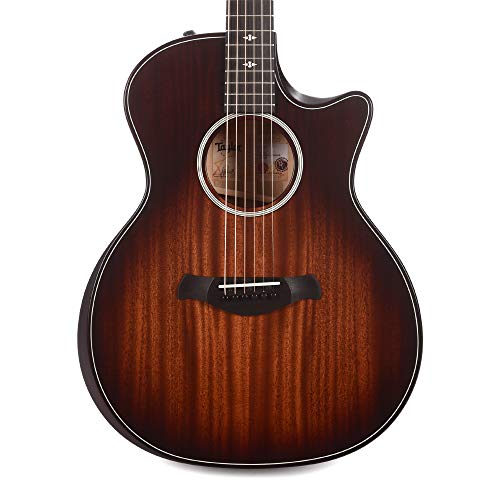 Taylor Builder's Edition 324ce Get it on Amazon

The builder’s edition of the Taylor 324ce guitar uses the V-class bracing and new tonewoods to deliver a stunning first sound. The secret to this instrument’s success is that the wood comes from salvaged urban trees reclaimed after disposal.

Ash is the primary option for the sides and back, creating a woody, semi-dry sound that’s similar to the world’s best mahogany.

You’ll find Gotoh 510 tuners on this guitar, helping you hit the Open G or Open C tuning with the crisp highs and a fantastic midrange that offers lots of presence. It feels comfortable in the hand, is perfectly balanced, and comes with a floral hard-shell case.

Yamaha L-Series Transacoustic Guitar Get it on Amazon

When you get your hands on an L-Series guitar from Yamaha, you’ll swear that you paid three times the amount for the instrument.

There’s an actuator installed on the inner surface that delivers an immediate response once the strings hum. This information gets conveyed to the body directly, ensuring an authentic chorus and reverb from inside the unit.

Three control knobs on the side let you have complete control over the sound dynamics. The holes are kept small to avoid acoustic loss while playing. Even the battery box integrated into the endpin jack to keep the design as tight as possible.

A Final Thought on Open G vs. Open C Tuning

For a long time, I was a traditionalist with my acoustic guitar. I sat in my room, hitting those challenging finger positions repetitively until my fingers bled because that’s how my instructor taught me, that’s how she learned, and so on.

I didn’t even know about opening tuning until I talked to a friend about a Stones’ song, and he mentioned it. “What is that?” I asked.

So, he showed me. When I discovered how easy it was to create that many different combinations, I was hooked.

I’m more of a fan of Open G than Open C because of where my singing voice falls. Both are excellent choices if you want to experiment with your music.