Sustain is a misleading term. It’s a simple word that we used to describe the complex ideas of musical theory when building a guitar.

When an electric guitar has sustain, it can hold a note with audible resonation for an extended time.

Imagine that you take a deep breath and start humming. The amount of time you can produce a consistent sound is your vocal sustain. A similar principle applies to striking a string on a guitar to create a note.

With a guitar, sustain comes from rigidity. If you want less, you’ve got to find ways to play with more flexibility.

How Do I Reduce the Sustain on My Electric Guitar?

When playing a guitar, two characteristics that musicians want are sustain and volume. Players and manufacturers have studied design concepts for years to find the right balance between the two so that notes play longer, louder, and with more definition.

Both traits work within a spectrum that starts with the attack on the strings and ends on the soundboard.

By transferring vibrational energy to the wood, the guitar’s voice gets shaped into a specific characteristic.

Since you probably don’t want to rip out bracing or make major modifications to a guitar to reduce sustain, here are some ideas that can help you get the results you want quickly.

The first thing you can do to decrease the sustain on your guitar is to change your amp settings. Two items have the most influence on note length: the gain or master control and volume.

You can also try decreasing the amp’s bass frequencies or focus on the mids. By reducing depth, you can impact sustain in the way you want.

All guitars come with a stock setting from the manufacturer. If you’ve found that the instrument plays a strong sustain straight from the box, consider altering the setup to reflect your playing style better.

The tone control is the one that most musicians neglect when changing their sustain profile. If you knock it back a little, you’ll hear significant changes occur.

You can also turn the volume down a touch with the tone control to maximize this alteration without creating a huge change to note quality.

Pickup height dramatically changes how much sustain a guitar produces. When they’re sitting low, the instrument can hold the notes much longer than when they sit closer to the strings.

This option works to reduce sustain for electric guitars because it changes how the magnetic fields interact with the strings.

When they’re closer, the magnets have a stronger pull. That causes the vibrations to stop faster.

It doesn’t take long to make this change on most guitars. All you need is a compatible screwdriver that lets you move the screws upward. The main thing to remember here is to keep everything balanced.

Another simple way to reduce sustain on an electric guitar is to loosen the tuning heads. Strings keep producing sound when they have access to the energy from your attack. If you can disrupt this process more, the tone clarity improves.

Try wiggling the tuner heads around a bit to see if they’re overly tight. If they are, try loosening them up a little.

You won’t notice massive changes with this adjustment, but it’s a great option when an artist wants to change their sustain tone without altering other instrument components.

An effective way to decrease the sustain on an electric guitar is to use a thinner string gauge.

It doesn’t take much time to swap them out, and you’ll want to do it anyway if you’ve got stock products equipped to an instrument you just purchased.

Even if you don’t know how to change strings yet, a local music store can show you want to do.

Thinner strings hold less energy than high-gauge products. That’s because they don’t keep as much tension as their counterparts.

What gauge works the best when you’re trying to limit sustain? The answer depends on your playing style, how the guitar performs, and the quality of the strings used.

The best way to find out what your guitar needs is to step down one gauge at a time.

If you’re using a .009 set right now and don’t like the sustain, try using a .008 option instead. Once you see the difference it makes, you can try additional adjustments until you reach a place where you can play happy. 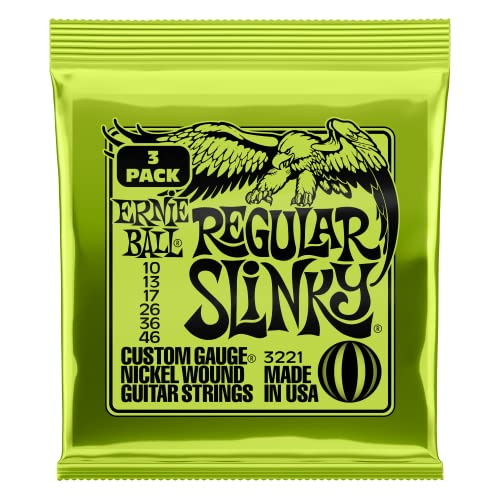 I love using the Ernie Ball Regular Slinky Nickel Wound strings for the times when I want to focus more on clarity and precision than sustain.

The strings run through a nut on the guitar to keep them locked in place for strumming tension. Depending on the material used for this component, it could affect how much sustain the instrument produces.

When hard materials form the nut, you’re more likely to get a longer sustain because the strings vibrate with extra support. 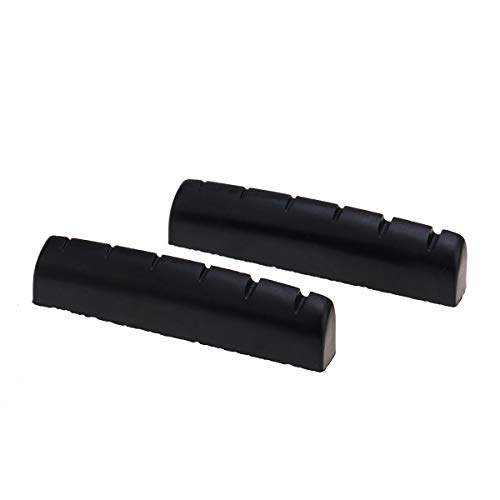 When I want to limit the setup on a specific guitar, I opt for the Musiclily Pro Urea Resin Plastic Slotted nut. It affects the instrument’s tone less while stopping it from having a massive sustain.

A fast and effective way to limit sustain on a guitar is to change how you play it. When I want a maximum reduction, I switch to fingerpicking to ensure the clarity of each note plays as expected. 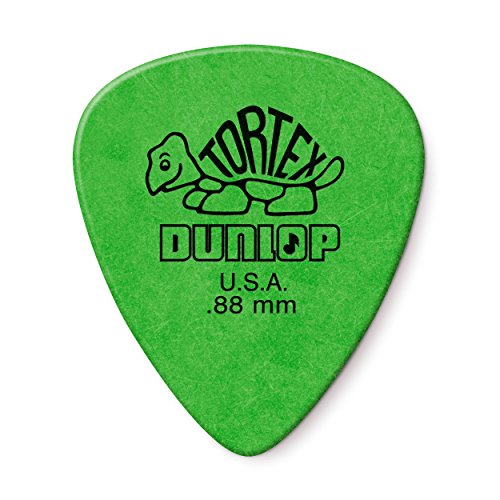 You can also use different picks to generate different sounds. My favorite ones to use are Dunlop Tortex, which are available in six different thickness levels.

My playing style works well with the green 0.88 mm picks. It gives my guitar a wonderful warm tone while keeping the sustain natural. You can decrease the thickness to limit length even more, with 0.5 mm the smallest option from this Dunlop series.

You can also go up to 1.14 mm for those times when you want a little extra sustain without adjusting your guitar.

The best picks to limit sustain tend to be flexible and very thin. You won’t notice dramatic differences, but you will appreciate the extra control that comes from these efforts.

If you’re using a compression pedal with your electric guitar, it’s time to stop. Although this tech makes your tone sound smooth and polished, it also increases the length of sustain you receive in each situation.

That’s because the job of the compressor pedal is to decrease the volume of strings that get plucked more aggressively. That balance ensures you get firm tones that last a long time.

Musicians can remove extra sustain from their guitars by eliminating the overdrive and distortion features on their instruments, pedals, or amps.

You’ll end up with a clean tone and excellent articulation that some extra volume can help others hear.

Although it might not be as fun to play an electric guitar without modifiers, it’s also the best way to limit how much sustain your style creates.

Instrument bracing creates the foundation for sustain. Although different playing techniques, strings, and guitar upgrades can reduce this trait, there is always a baseline to consider. Musicians that want to limit note length should consider hollow-body instruments with flexibility built into them for improved results.

One of the best guitars that naturally limits sustain today is a series designed by Andy Powers.

Powers introduced a V-Class bracing to Taylor Guitars in 2018 that resolves the compromise between volume and sustain, especially for acoustic designs.

He provides support along the strings as they travel while allowing the sides of the instrument top to have more flexibility.

By taking the V-style approach, the center line has more rigidity to ensure energy stays in the strings. You’ll notice a natural fade and more soundboard flexibility while playing.

It features a design that sends the neck through the alder body, a U-shaped configuration, and a pau ferro fingerboard with above-average fret size for comfort.

The clean sounds are pleasant, but it’s the neck size that stands out. It is remarkably thin to the point of being virtually flat. If you want to shred while limiting sustain, you’ll be in heaven!

Limiting sustain is appropriate in numerous settings. It can also be part of a composition’s requirements.

When you have an instrument that tries to do too much, the steps outlined in this guide ensure that you can find the appropriate adjustments to make.