The first audio amplifier was created in 1906. A man named Lee DeForest came up with the idea of created amplification by using a triode vacuum tube. It was a mechanism that came from another one of his inventions called the Audion.

DeForest noticed that when he had a diode vacuum tube, there wasn’t any sound amplification that occurred. Once he switched to the triode design, the world of audio and sound transmission was forever changed.

The amplifier’s invention would become a significant development for AM radio technologies.

When the world fought with each other in the 1940s, a technology surge in amplifiers became necessary for audio transmissions from the front.

These early options were also vacuum valves or tubes, such as the Williamson amp from 1946. Since the market was robust for these devices, it would keep evolving to transistors, solid-state designs, and more.

If you want an impressive sound to come from your home audio setup, you might be thinking about Class D or Class T amplifiers. Some reviews and forums suggest you can digitally switch between these two options.

This guide will take you through an overview of both amps so that you can make an empowered decision about your audio system.

Although digital amps carry the term, they aren’t actually a digital product. It’s a reference to the efficiency that the amp provides to the system. You can find most home theater setups using a Class D product today. A Class T amp is a registered trademark of Tripath, which Cirrus Logic now owns.

The amplifier is the device that transforms a low-voltage signal from your source equipment into one with enough gain to create power for your speakers.

You can split an amp’s functions into two primary sections.

Some products, such as the Cambridge Audio CXA81, place both functions within a single chassis to create an efficient design. When this option is included with your sound system at home, it’ll be called an “integrated amplifier.”

If you’re trying to choose between a Class D or Class T amplifier for your needs, it depends on if you need a pre-amp, have problems with power that requires amplification there, or if an all-in-one system is the best choice for your needs.

What Is the Difference Between Class D and Class T Amplifier?

It operates at higher efficiency levels because the output transistors never conduct energy simultaneously. That setup ensures that the current flow has no other place to go except for the low-pass filter or the loudspeaker.

Most Class D amplifiers have a 90% efficiency rating or higher. Their heat dissipation rating is also right around zero, even for average models.

A Class D amp doesn’t require a heat sink because of that design, which creates a lightweight product to support your overall listening experience.

If you have a Class T amplifier, you’ve got a trademarked version of a Class D amp from Tripath. The company produced this variation by adding proprietary techniques that regulate pulse width modulation.

According to Tripath’s trademarking documents, this combination of modulation and Class D amplifier technology creates a superior result under most circumstances.

Since the designs are so similar, your choice between a Class D or Class T amplifier comes down to one point. Is it better to have the pulse width modulation with your system, or do you prefer to manage your sound without it?

Where Do the Receivers Fit into the Equation?

The first receivers started reaching the market in the 1960s. At that time, televisions were becoming an essential household item, but there were also homes with gramophones that still needed amplification technologies.

By introducing the idea of a receiver, you could save space with your setup while having the option to access your radio directly.

In that decade, the radio was only second to vinyl turntables and gramophones for having sound and music available at home. Receivers would outnumber amplifiers in the marketplace for most of the decade.

It is only now that we’ve reached digital streaming over the Internet that the radio has become less important. Even then, many people have one installed in their vehicles for listening to when driving.

Although there are advantages to having a receiver, which is an amp with a radio section built into it, most home audio systems work better when they have the right amplification design installed. That’s when it becomes essential to select the Class D option or the proprietary Class T design from Tripath.

When you have an adequate amp, you have something that works well for performing a single task. You can have it laid out internally to focus on performance without worrying about radio circuitry or similar additions.

The Tripath TA2020 amplifier was once named one of the 25 chips that “shook” the world by IEEE Spectrum magazine. That’s because its pulse width modulation could produce a better performance than the standard design through the real-time frequency switching tech incorporated into it.

The “digital” switching component involved the automatic detection of an input signal and amplified output. You could compute the control signals from the Class T amplifier through analog techniques or digital signal processing.

Tripath was selling its amplifiers as chipsets or chips to get integrated into several companies’ products instead of striking out on their own market. Here are some examples to consider if you’re interested in exploring Class T amps more closely.

Where Can I Find a Class T Amplifier Today?

Tripath would eventually file for bankruptcy protection. As part of the restricting process, Cirrus Logic purchased the right to use the amplifiers’ proprietary technology.

When you look for Cirrus Logic amplifiers, you’ll find that they are all listed as Class D products today. Their website provides a hint as to the inclusion of Tripath’s ideas with the following paragraph.

When you start shopping for a Class D amplifier today from Cirrus Logic with the Class T technology infused into it, you’ll find three options are available.

The best choice is the Cirrus Logic CS35L45 Class D Smart Amp. It offers a max 15V performance with a 6.8W output power spec rating. It uses Class H boost, includes DSP, and has an excellent idle power consumption rating of 0.043mW. The entire unit is 6.5 square millimeters while delivering a 0.4mm pitch.

If you want something in the midrange that incorporates the old Tripath technology, the Cirrus Logic CS35L41 Boosted Class D Smart Amp delivers a positive result. It offers a max 11V performance with a 5.3W output power spec rating.

It also uses a Class H boost, includes DSP, but it delivers an idle power consumption rating of 6.7mW. The entire unit is a little smaller at 5.4 square millimeters, and it provides the same 0.4mm pitch.

The final choice is the Cirrus Logic WM9081 DAC + Class AB/D Speaker Driver. It uses 5.5V max, 1.5W output power, and doesn’t come with DSP. There isn’t a boost to it either, although it is the only choice that provides analog support.

The idle power consumption rating is 24.9mW, partially due to the increased size at 16.4 square millimeters. It has a 0.45 pitch.

You’ll discover that most manufacturers today prefer the Class D amp over the older Class T proprietary design. If you decide to get something for your speakers or sound system with the latter option, please be aware that spare parts are becoming more difficult to find as the years pass.

The Class T amplifier design might offer a better overall performance, but it is no longer viable for everyday use.

Why Are Class D Amps Referred to as Switching Amplifiers?

When a device delivers power to a speaker, it is by definition an analog product. That input signal gets modulated, but it is not a digital option. The only way you could get a digital switching Class D amp would be to have an analog-to-digital and digital-to-analog conversion incorporated into the process.

Since you have analog coming in and going out, you don’t get the digital switch.

A Class D amplifier is a switching amp because you can have the technology entirely on or off. Unlike other classes out there, you don’t have an in-between setting to manage. The output gets switched at high frequencies and modulated for the music.

That means you get all of the power from the Class D amp or nothing at all. The voltage doesn’t change, but it is possible to change the amount of time that the power supply stays active.

When you get a longer pulse, that means the equivalent volume becomes louder. That technology is the foundation of the Class T amps that Tripath once trademarked.

Class D amplifiers also use Sigma-Delta modulation, but it requires the incorporation of the analog-to-digital converter.

What Are the Best Class D Amplifiers to Purchase Today?

Although you could include a Class D amp with your home stereo system, this technology’s most effective implementation is with a car audio setup. When you have the right amp connected to your system, it can give you the smooth bass you want without compromising on the attack.

These are the best Class D amplifiers you can find today that accomplish those outcomes for you. 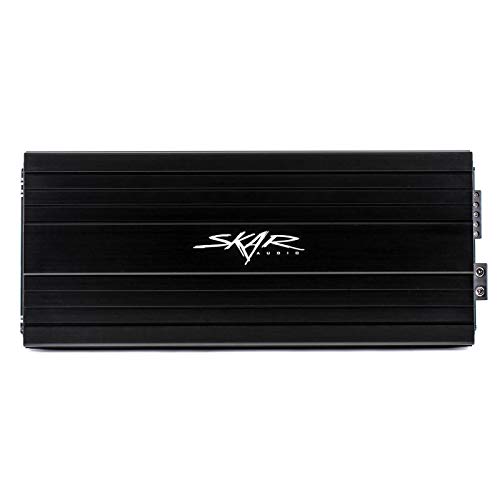 When you select this Class D amp for your vehicle, you’ll receive a competition-grade monoblock that delivers peak power at 1 ohm. The frequency response is 15 Hz to 270 Hz, ensuring that you get full coverage over the entire bass spectrum.

You have the option to adjust the low-pass filter between 35 to 250 Hz, with remote level controls included with the design. It even contains onboard bass boost control, a heavy-duty heatsink design, and input terminals that maximize your current flow. 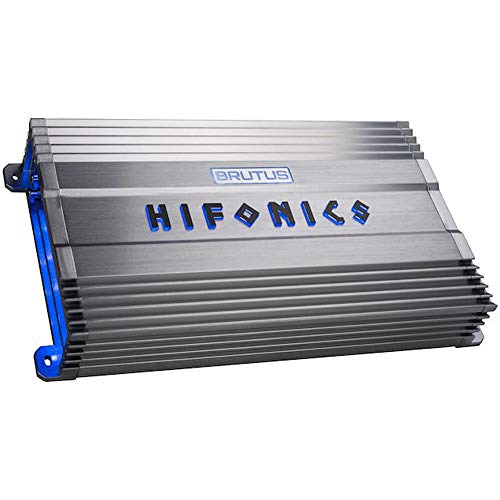 Hifonics BG-2200 Amp Get it on Amazon Learn More

This amp provides affordable variability for your setup. You either get 550 watts at 4 ohms, 1,110 at two, or at 2,200 watts max. It uses an Ultra-Fi system to minimize distortion while providing a high-powered result, ensuring that you get the crisp bass tones you want in your music.

You’ll find that it really puts out some sound, kicking your subs hard when it engages. Vibrations can impact how the controls work, so you’ll want to consider placement carefully with your installation. 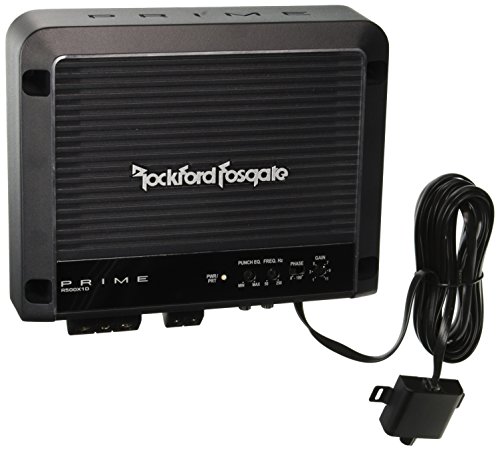 When you need a low-power setup for your vehicle’s audio system, you can’t beat what this Class D amplifier can provide. It offers an on-board punch EQ that can give you a boost of up to 18 decibels at 45 Hz.

It uses a cast aluminum heatsink with a stealth top, provides a wired remote, and offers an efficient design that reduces the overall current consumption it gets from the charging system.

You receive 4 awg for power and ground, but you can still use 8 awg wire for it – although you might not want to run it at max gain.

Does It Matter If I Have a Class D or Class T Amp?

When you start shopping for Class D amplifiers, you’ll discover a wide range of costs to consider.

Although you can pick a few models up for under $150, the power you get from that technology is minimal. Some won’t even hit 500 watts!

If you decide to use an amp that incorporates Class T amp technology, you’ll want to be aware of the parts issue. It might become necessary to cannibalize other components to repair your amplifier if something goes wrong.

When you want the best, you can expect to pay at least $500 for your amplifier.

There isn’t a clear winner between Class D and Class T amplifiers unless your preference is the volume within your mix. In that circumstance, the Tripath technology is slightly better. For everyone else, the best rule to follow is to get as much amp as you can afford.