Rock and roll caught on as a musical genre in the 1950s, and the world has not been the same since. Over the past decades, one of the best trends has been to use classical music as an expressive form while playing or covering specific songs.

If you are a violinist, playing the same compositions countless times can get tedious while practicing. Switching to something from rock or blues can improve your technique while providing some mental stimulation.

Since rock music is rarely understated, it can also be helpful to add some songs to your portfolio that help you become more comfortable as a stage performer.

The best rock songs with violin contain melodic and harmonic components that allow the musician to incorporate multiple techniques. From power chords to soaring solos, this instrument is a vital component of original tracks and cover tunes. Practicing in this genre ensures precision and control.

Some songs provide solos or interludes for the violin, making this classical instrument feel at home when playing rock and roll.

Others work better as a cover tune that the violin can play by using sheet music designed for the instrument, even if the original composition didn’t contain a part for it.

If you are looking for ways to expand your portfolio or explore different playstyles, these are the best rock songs with violin that you’ll want to try.

What Are the Best Rock Songs for the Violin?

1. The Rolling Stones: “Paint it Black”

When I think about rock and roll, my mind goes back to the days when I was little, and my mother would play records on this old stereo that took up half a room. She would play The Rolling Stones whenever she was happy.

This song was released in 1966, and it is one of the most haunting melodies that The Rolling Stones ever released. That means the composition allows the violinist to work on several techniques within a unique context.

A full orchestra arrangement of this song has already been recorded for the TV show Westworld. It typically plays better in F Minor than other keys for anyone who wants to give this one a go.

2. Metallica: “Nothing Else Matters”

My martial arts instructor loves playing this song when we work on the mat. Initially released in 1991, it has been in the repertoire of violinist David Garrett for more than a decade.

What makes it such a great choice as a rock song for the violin is the upper melody that causes the strings to sing.

When you add the Figaro-style background music that takes the place of the guitar chording, the music becomes transfixing. I could listen to this song on the violin all day.

Anyone who isn’t a fan of listening to hard rock with the violin might consider playing this fun hit from one of the most popular bands in music history.

Paul McCartney receives credit for writing most of the song, although John Lennon gets a piece of that action.

When I was growing up, I always thought that Penny Lane was a reference to a girl. When my mother told me it was a street in Liverpool, everything made a little more sense.

The part of the original composition that stands out for me is the piccolo trumpet that David Mason played for the recording.

Transitioning that component into a piece for the violin turns this song into an even greater masterpiece.

As a violinist, you’ll get lots of work in the different modulations between the choruses and during the verses.

When my mother would play her records, I always hoped that this song would play. It made me think of the beach, which is where I’d wanted to live as a kid.

I’d picture myself grabbing some ice cream, taking a stroll along the boardwalk, enjoying the sound of the waves as they crashed into the shore.

Although this song seems simple for the violin, it isn’t easily characterized. It’s often listed as one of the compositions that helped to shape the genre, and that evaluation isn’t wrong.

When you mix the violin with the piano on this piece, something magical happens.

5. Simon and Garfunkel: “The Sound of Silence”

During my senior year of high school, my choir teacher told me that I could pick any song for our solo/ensemble competition.

I picked this one because it was in an excellent range for my vocals, allowing me to belt out each note accurately while adding some emotional drama into the lyrics.

After hearing me sing it for the first time, my teacher told me she had a radical idea. “I think this number could be one of the best rock songs with violin and a cello. What do you think?”

It turned out to be one of the best performances of my life. When we performed it for the finals of the competition, 25,000 people gave us a standing ovation.

There are plenty of ways to approach this song with the violin. You could play it with a guitar accompaniment, be part of a string quartet, or even track it solo.

This song introduced me to the idea that anthemic rock didn’t need to be the only way to approach music. Although the songs from the 1980s are all catchy and with decent hooks, it would also be fair to describe many of them as “bubble gum” rock.

Some people call this song the rock anthem for Generation X. Although I would disagree with that assessment, I know many people who started listening to Nirvana because of this composition.

It’s always fun listening to people try to sing the chorus. Cobain’s singing style doesn’t make it easy to understand them, but there have been a few entertaining versions I’ve heard over the years.

With the lights out, it’s less dangerous.

Here we are now, entertain us.

I feel stupid and contagious.

Here we are now, entertain us.

A mulatto, an albino, a mosquito, my libido.

Turning this track into one of the best rock songs with violin isn’t easy. The composition is filled with power chords, feedback, and Dave Grohl’s driving percussion.

You could turn the solo into something, but that loses most of the melody where the modulation work happens.

Appearing on the band’s debut album in 1988, this song is the first single I purchased – on cassette.

I love this song’s story because Slash and Adler were merely warming up when the song became a living, breathing entity.

Slash played what he called a circus melody. The rhythm guitarist asked him to play it a second time, coming up with chords while McKagen produced a bassline on the fly. In less than an hour, they had a song.

Axl Rose listened to the band work on things, and the music inspired him to write the lyrics. Everything was ready by the next day.

Adam DeGraff shows us all how incredible this song can be when playing it on the violin. His composition incorporates multiple parts to feel like you’re listening to an entire band while he’s on the stage by himself.

Written in 1974, this song would become the opening track on Springsteen’s iconic Born to Run album. I caught an interview once where the reporter asked the musician about what he’d hoped to accomplish with the work.

Springsteen said that he’d always kind of pictured Born to Run to be a series of vignettes that followed a character progressing through the day. This song would serve as the invitation to come along on that journey.

Steven Vance turned the song into an incredible piece for the violin. Although it’s designed to be driven by Springsteen’s lyrics, the soaring melodic lines are perfect for the bow and string.

I got to see this song performed live in 2012 by the band, and it was one of the most incredible experiences I’ve ever had musically.

It’s one of those times when the entire audience was emotional, jamming out to the hit song with one of the best hooks (in my opinion) ever created.

The song is nearly 50 years old at this point, yet we’re still listening to it today because it’s such a timeless composition.

All the chords, melodies, and movements you hear from the synths and guitars are perfect for working with the violin.

The triplicates incorporated into the rhythm are particularly challenging at the speed they’re played.

Its styling is similar to Bach and Beethoven in that sense, allowing you to work on technique in a unique way.

When you catch a heavy rock concert, you’ll typically see lots of pyro and special effects. It drives the crowd’s energy, pumps up the musicians, and creates plenty of photo ops for everyone there.

I love this song because AC/DC doesn’t need anything but the fingerpicking guitar, some drums, and a simple vocal to get everyone revved up for the performance.

You can find plenty of violin covers of this song because of its complexity in the beginning. One of my favorites is Rob Landes.

He uses slow string movements while tapping out the notes on the fingerboard with timed precision.

Once he establishes the arpeggiator with the background components, he creates the other parts live to deliver a complete performance.

How to Create Incredible Rock Songs on the Violin

The violin often needs some help to create a well-rounded performance for solo artists. The best way to simulate what an entire band can produce is to use a loop pedal with some specific effects to replicate the original composition’s tone and character.

When I’m creating a studio session, I like to use the NUX Loop Core because it offers automatic tempo detection. 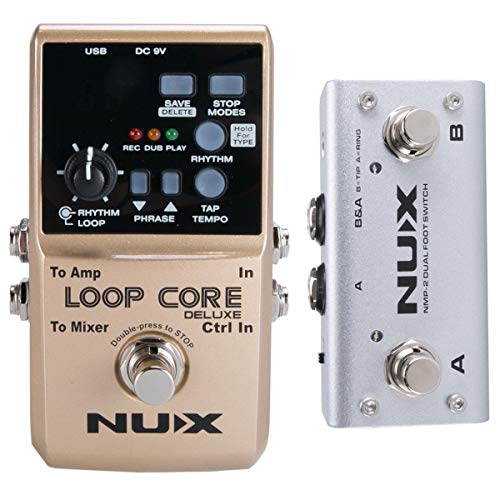 NUX Loop Core Guitar Looper Get it on Amazon

You can use the footswitch for easy changes on the fly, while the incorporated drum machine uses 40 different rhythms to create a rock masterpiece – or something in another genre.

As for the effects pedal, the MOOER GE250 gets the job done. It allows you to sample and capture an existing amp or create a new digital one. 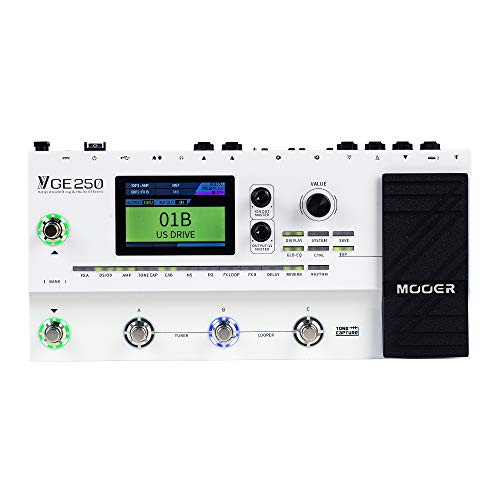 It has about a dozen effects blocks with over 180 different options from which to choose.

Almost any piece can become one of the best rock songs with violin. When you add these pedals to create something unique, the practice sessions with the compositions on this list will turn into lots of daily fun!