Choosing the music for your wedding, reception, and first dance should be a fun experience. The songs you select represent your personality, preferences, and who you are as a couple.

You can find almost unlimited wedding song choices when searching through online playlists and blog posts for ideas. These suggestions should serve as a guidepost to let you choose something that works for your circumstances.

One of the best bands to consider including in your special day has Dave Matthews as the frontman.

Dave Mathews Band (DMB) is a rock band based out of Virginia. The group released their first album, “Remember Two Things,” in 1993, forming two years before. In 2020, only three original members remained. “Under the Table and Dreaming” was the 1994 breakthrough hit, selling over six million copies.

What makes DMB popular is their unique song renditions played at concerts. Instead of being confined to a single musical genre, you can experience funk, jazz, folk, blues, and rock and at any given moment.

Although ‘90s kids often keep DMB on their playlists, several of the band’s hit songs have turned into essential wedding and reception choices.

If you’re looking for the perfect song for a first dance, here are some of the options from the DMB collection to consider.

“You and me together could do anything, baby.

You and me together, yes – yes.

You and me together, we could do anything, baby.

This song was the third single release from DMB’s seventh studio album in 2009 called Big Whiskey and the GrooGrux King. It was produced by Rob Cavallo and written by Matthews.

Although the song was far from being DMB’s biggest hit, it still charted at No. 32 on the U.S. Billboard Hot Rock Songs Chart and No. 57 on the Hot 100.

It managed to reach No. 2 on the Adult Alternative Songs chart. It was the third-most played title in 2010 in its genre played on American radio stations.

Matthews says he wrote the lyrics while crossing Saratoga Lake in NY in 2007. It was one of the earliest songs completed for the album. In an interview, Matthews said that he wanted it to be an inspiring, “we can do anything” type of song.

This song is on DMB’s debut album Under the Table and Dreaming. It was written for Miguel Valdez, who worked with the band in the early ‘90s and unfortunately passed away due to complications from hepatitis in 1993.

Matthews co-wrote this instrumental with three others. It’s considered a “hidden track” on the album, with 22 blank tracks between it and “Pay for What You Get.”

DMB named this song “No. 34” because that was the thirty-fourth piece the band recorded. It’s a unique composition because it features 27/8 time.

“You’re the love of my life,

And the breath in my prayers.

Take my hand; lead me there.

What I need is you here.”

This song from Supernatural pairs DMB with Santana. It appears on Santana’s 1999 release. It also features Carter Beauford on drums, although his name is on the album sleeve, not the back.

It would sell over 30 million copies, reaching No. 1 in eleven countries, and be at the top for 12 non-consecutive weeks in the United States.

Supernatural also won nine Grammy Awards, breaking the record that Michael Jackson’s Thriller for being the most honored album.

“Crazy how it feels tonight.

Crazy how you make it all alright, love.

Crush me with the things you do,

And I’ll do for you anything too.

And in this moment, it feels so right.”

This song was the third single released from the Before These Crowded Streets album. It peaked at No. 75 on the Billboard Hot 100 list, No. 38 on the mainstream Top 40 charts, and No. 11 on the Modern Rock charts.

The album version of this song is over eight minutes long. You might consider using the radio version for a wedding since that version is about 50% shorter.

DMB almost didn’t include this track on the album. It wasn’t until Stefan Lessard came up with its catchy bass line opener that the tone was set for the rest of the composition.

Should I love you? Could you love me?

Darling, it’s all the same ‘til we dance away.

Leading me all around in circles.”

“Lover Lay Down” is another track on the 1994 debut studio album Under the Table and Dreaming. It was never released as a single.

This beautiful song talks about taking the hand of the person you love as you share life’s adventures together. Although it asks questions, they’re the same things everyone asks themselves in a relationship.

Another version is available on the Live at Luther College album released in 1999.

“When the storm comes, shelter me.

I don’t say a word anymore, and you know exactly what I mean.

In the darkest times, you shine on me.

Set me free, forgive me.

Steady as we go.”

This song delivers a beautiful result when you want something mellow to serve as an introductory piece at your wedding. You can play it as your guests arrive, have it included in your reception playlist, or even have it be your first dance.

It’s the thirteenth track on the 2005 album Stand Up, which Mark Batson helped to produce. The release would be the band’s fourth consecutive No.1 album on the Billboard 200 chart.

It would also be the last effort that saw the participation of LeRoi Moore, who played the saxophone.

Some versions of this album contain anti-piracy programming that prevents the files from being copied to other devices. That also means the CD won’t play in some players.

Matthews created the fire dancer logo on the album artwork in response to a question that asked what he saw when performing live.

“Touch your lips, just so I know,

In your eyes, love, it glows so,

I’m bare-boned and crazy for you.

When you come crash into me, baby,

And I come into you.”

Released in 1996 as the third single from Crash, this song reached No. 7 on the modern rock charts. It was also nominated for a Grammy award for being the Best Rock Performance by a Duo or Group with Vocals.

Matthews said the song was written from the perspective of a peeping tom.

Although that element might not be suitable for your wedding, it could be an essential addition to your reception playlist. Many people know this song, so they often sing along to it when the DJ plays it.

If you don’t want to use the album version, which is more than five minutes long, the edited version is about four minutes. It’s on the promo CD single that was released in the United States and Australia.

There’s a second promo CD with an acoustic version of this song if you want that kind of atmosphere during your special day.

“Satellite in my eyes, like a diamond in the sky.

How I wonder, Satellite, strung from the moon,

And the world, your balloon.”

This song was the fifth single that DMB released from the Under the Table and Dreaming album in 1995. It is also found on the independently released album Remember Two Things in 1993. RCA re-issued the latter in 1997, helping it become certified platinum in 2002.

If there was a personal song from DMB to include in a wedding, it would be this one. Matthews says the guitar part in the composition comes from a finger exercise he used to do.

For those who want a slightly different take on the song, Josh Groban released a cover of it in 2013 on the deluxe edition of All That Echoes.

I was kissing you; you were kissing me, love.

From good day into the moonlight,

Now a night so fine,

“Stay Wasting Time” was the second single DMB released from the Before These Crowded Streets album. It made it to No. 20 on the Adult Top 40 and No. 8 on the modern rock tracks chart.

This song features Brenda White King, Cindy Myzell, and Tawatha Agee on the background vocals. It offers the right tempo to keep guests engaged before the wedding starts or can serve as a background option during the reception.

There’s enough familiarity with it because the song was used in a 2007 movie and a TV commercial a couple of years earlier.

The Australian version is less than three minutes long if you need something to serve as a quick filler.

How to Play Wedding Songs Successfully

Most venues offer a public address (PA) system that plays music during a wedding. Many couples hire a DJ with similar equipment for background songs and dancing at the reception. If these options are not available, the couple can supply the electronics or hire a live band to play their music.

Although a live band is a great experience, the best wedding I ever attended offered a DJ with multiple tables.

Since it can cost more than $1,000 to hire a DJ for a wedding (and often more), purchasing the equipment and having a friend do the work is often cheaper.

The RAND ONE Complete DJ Set provides an integrated mixer with the software needed to feature two control decks and dual USB connections for a seamless handoff to the laptop. 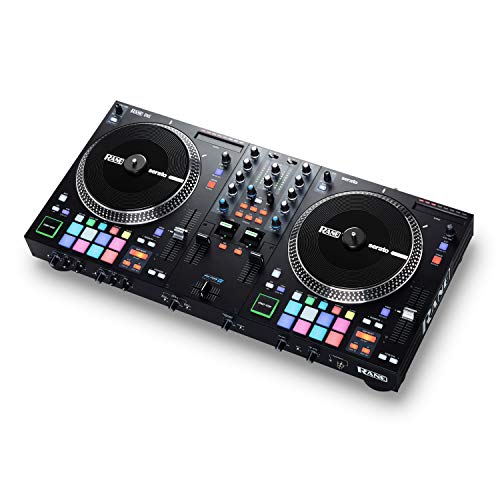 You have access to six special effects with quick-launch capabilities, instant loop controls, and lots of loops, rolls, and samples to make the sounds your own.

It comes with the filters you need, three-band EQ for excellent equalization, and a crossfader that offers a customizable response.

You can set up the DJ set on almost any table, connect it with household speakers, and enjoy a great time at your wedding and reception.

DMB is a fantastic addition to any wedding. When you combine these songs with the right equipment, you’ll create a memorable experience on one of your most special days.